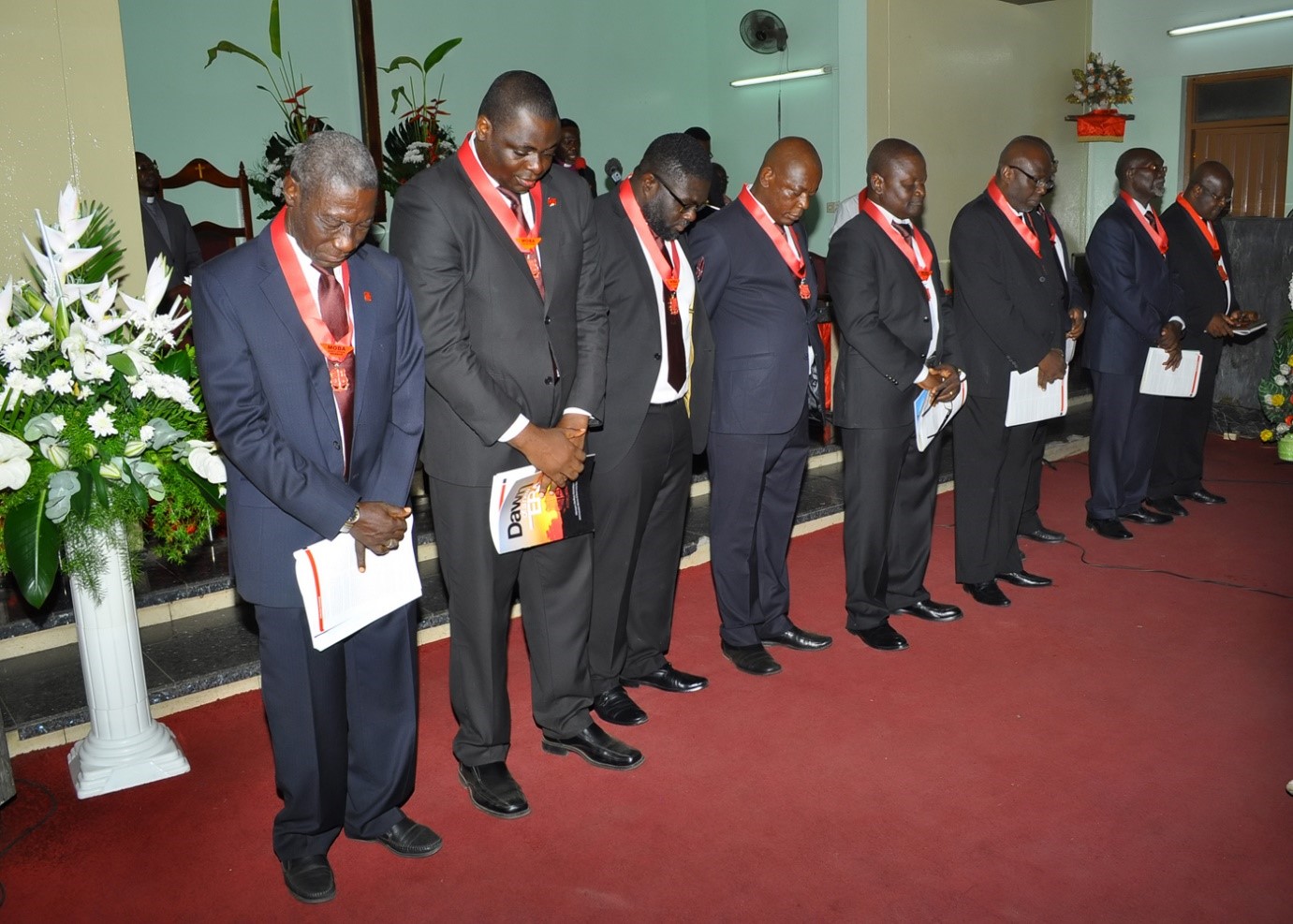 The newly elected members of the National Executive Committee of the Mfantsipim Old Boys Association (MOBA) were formally inducted into office on Sunday 26th July 2015 at the Calvary Methodist Church, Adabraka.  The Induction ceremony was performed by the then Presiding Bishop of the Methodist Church Ghana Most Rev Emmanuel Asante.

Present at the service was the then Vice-President Paa Kwesi Amissah-Arthur (’69) and The Rt. Rev Dr. Nuh Ben Abubekr (’61) former Methodist Bishop of Kumasi, who was the Guest Preacher.

The service attracted a host of “Old Boys” their spouses and friends of Mfantsipim and was followed with a reception at Cleaver House, a few meters from the Calvary Methodist Church.

The National Executive Members were elected into office in May 2015 by the MOBA National Council which is made up of two representatives of Year Groups and Chapters.

Links to Stories on the MOBA Induction

The Mfantsipim Old Boys Association (MOBA) is an association that brings together all “Old Boys” of Mfantsipim and creates for them a platform that will promote their common interests and bring development and progress to Mfantsipim and quality second cycle education in Ghana; and at the same time provide for other related matters connected with the wellbeing of members, their associates and Mfantsipim.

There are no upcoming events at this time.